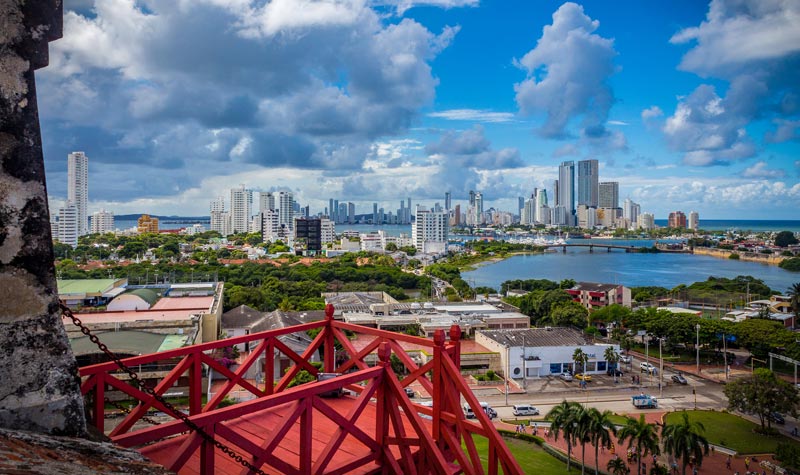 
Cartagena de Indias, in northern Colombia, in addition to being a lovely fishing town, can take pride in having wonderful beaches, as well as an excellent and well preserved historic centre and beautiful Colonial architecture. Every year the town is visited by numerous cruise ships and thousands of visitors choose this destination due to its beauty and its safety and also due to its great cultural and natural resources which make this one of the most popular destinations in the Caribbean. 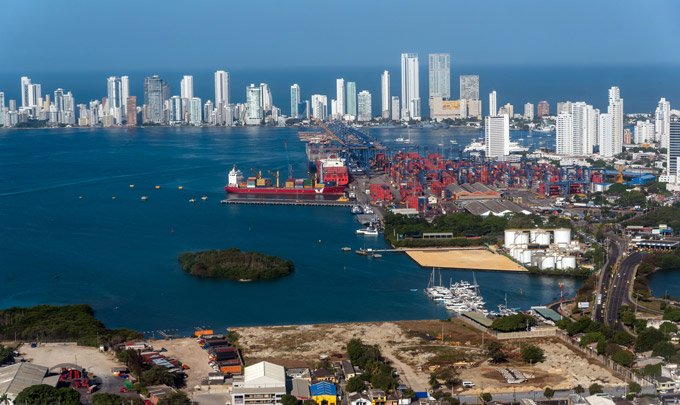 A seaport with a great history


Cartagena de Indias was one of the most popular seaports in America during the Spanish viceregal era. Following its independence in 1811, Cartagena de Indias lost its relevance, but little by little it rose again and became one of the most important seaports in Colombia, in the Caribbean and in the world, as well as a very popular tourist destination. 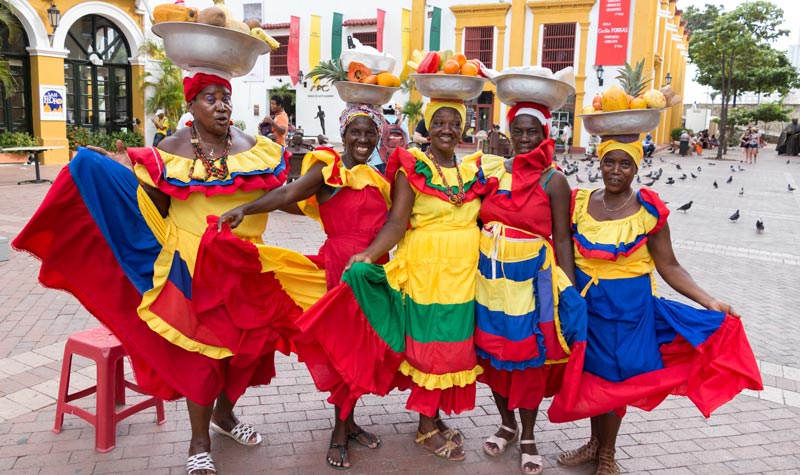 
Every 11th of November Colombia celebrates its national holiday and the city celebrates the so-called "Fiestas de Independencia", a four-day festival. This commemorates the day it achieved independence from Spain at the beginning of the 19th century. From this day on, Cartagena de Indias kept a great part of its Spanish artistic and cultural heritage, preserving its historic centre and developing its urban area. 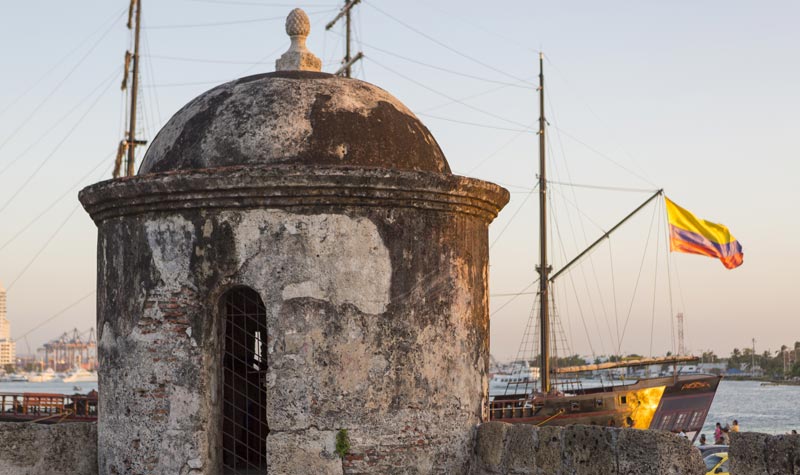 
The important role of the seaport as a strategic military point is evidenced by its fortresses which surround Cartagena de Indias: San Fernando, San José, San Sebastián del Pastelillo, San Lorenzo, San Felipe, La Tenaza, as well as by the walls surrounding the old town, where you will find Spanish-style squares, streets, churches and houses. 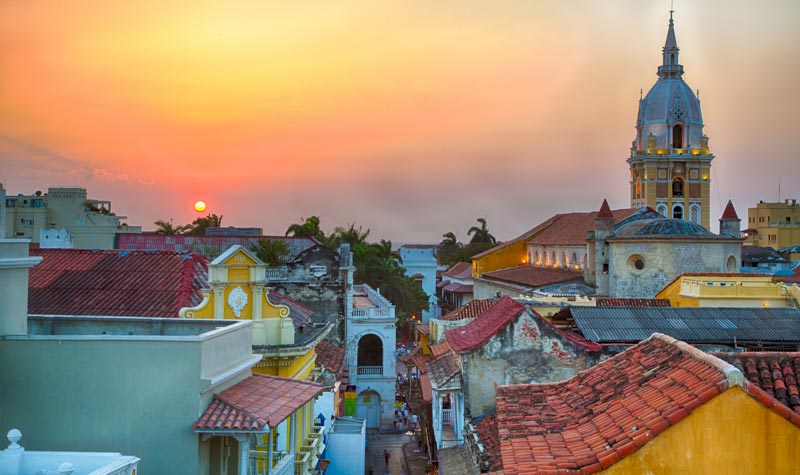 The weather in Cartagena de Indias


With an average annual temperature of around 26.5 ºC to 28 ºC, this is one of the regions with the most stable and nicest temperatures on the planet. Except during its rainy months, from October to December, this region has one of the nicest weathers on the planet, perfect to enjoy a wonderful holiday. 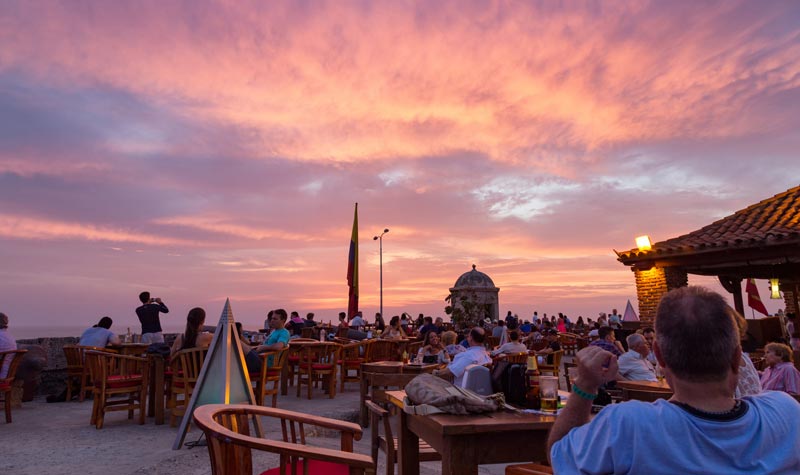 A city surrounded by the relaxing sea.


The old town of the city borders on the Caribbean sea to the west, on the Cartagena bay to the south and on different lakes and lagoons to the north and east. Stopping at any coffee shop or bar facing the sea to rest for a while is a real pleasure in Cartagena de Indias. You can try the excellent local pastries while you watch the hustle and bustle of the city moving to the peaceful Latin rhythm. 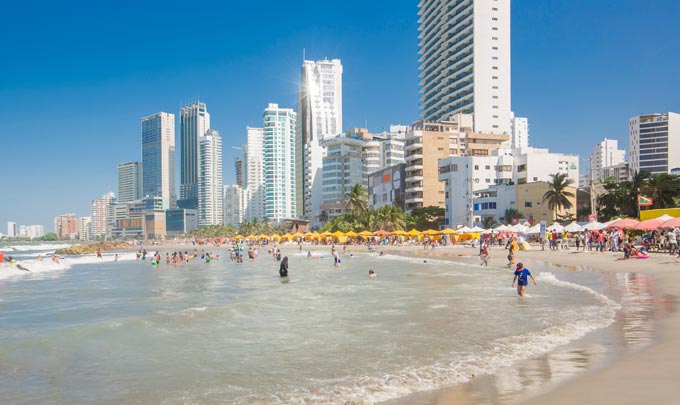 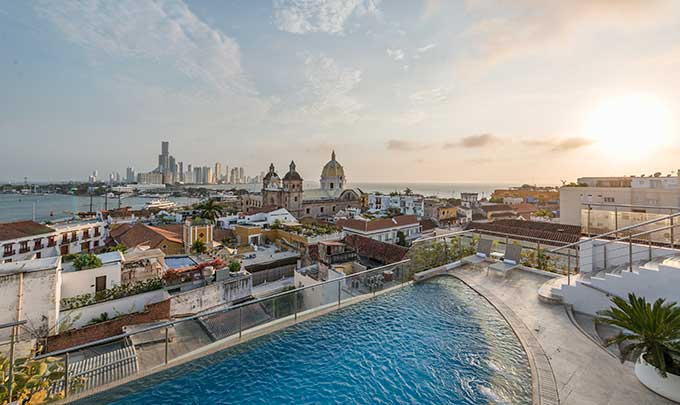 Located atop San Lázaro hill, this castle (Castillo de San Felipe) is considered the most prominent work of Spanish military engineering in America. The building was finished in 1657 and it is a geometrical bunker which the Spanish builders equipped with several defensive systems in order to guarantee its impenetrability.

The Palace of the Inquisition

This palace located in the Plaza de Bolivar is known as the Palace of the Inquisition, since it hosted the Tribunal del Santo Oficio (Tribunal of the Holy Office) which issued autos de fe against the alleged heretics. It operated for two centuries until, due to the Colombian Independence, was temporarily suspended and it was completely abolished in 1821. The palace has a beautiful baroque front carved in coral stone and an inner courtyard which shows a contrast with the dungeons where the accused waited to be tried.

The Islas Corales del Rosario are a small archipelago comprising about 28 islands which is part of the island area of Cartagena de Indias. Here you will find one of the Natural National Parks of Colombia, created to protect one of the most important coral reefs on the Colombian Caribbean coast.

About 45 minutes from Cartagena you will find a very peculiar natural attraction. It is the Totumo volcano, located in the region of Santa Catalina, Bolivar. This natural volcanic mud pool, with a prominence of about 20 metres, is known for its relaxing effects and its health benefits for the skin. This is a really interesting visit for those who wish to pamper themselves and have a new experience.

receive our best offers and promotions 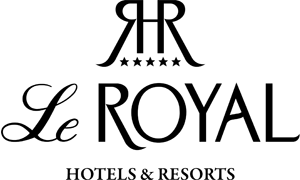 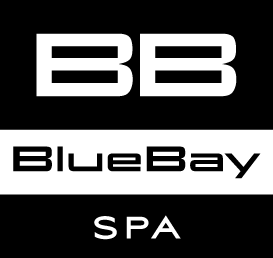 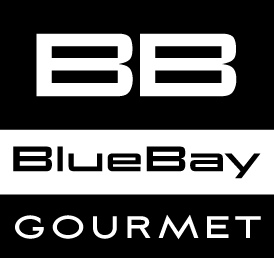